Richard Toppo is a PhD research scholar from Jharkhand.

On 17 June, the Jharkhand government effectuated the new Jharkhand Forest Produce (Regulation of Transportation) Rule 2020 (Annex 1). The rule states that any forest-produce to be transported within or outside the state requires a permission letter from designated state authorities. It makes certain exceptions, notably, that permission will not be required if the forest produce being transported is meant for domestic use by any person, provided that the person is from the same village as that of the origin location of the forest produce. Secondly, the permission will not be required for the transportation of minor forest produce (MFP) to ‘local’ markets, collection centers or for domestic use.

The rule establishes the Divisional Forest Officer as the issuing authority of the permission letter. It creates a set of bureaucratic procedures that distances forest-dwelling Adivasis and other traditional forest-dwellers from their ownership of rights over the forest. In this context, the pricing for permission to transport forest produce becomes problematic as the process falls wholly within the domain of the government. The price set for transport of firewood (Rs. 25 per cube meter) takes no account of whether the Gram Sabha agrees about the collection or transport of forest produce from their villages.

In a similar vein, the Forest Produce Rules are also set to impact the transportation in non-forest areas. Although the elaborate permission-seeking arrangement for cutting and transporting wood (timber) from non-forest areas[1] fits within the logic of checking the illegal felling of trees (in line with the Supreme Court judgement of State of Bihar and other etc. etc. vs Ranchi Timber Traders Association, 1996), it brings to light a complex web of bureaucratic processes that are distanced from the commons.

In 2006, when The Scheduled Tribes and Other Traditional Forest Dwellers (Recognition of Forest Rights) Act – popularly referred to as the Forest Rights Act (FRA) – was given assent by the President, a process of decentralization of governance structures and power hierarchies was set in motion. Previously, the legal discourse viewed forest dwellers as encroachers living at the mercy of forest officials. However, with the coming of the FRA, the inhabitants (mostly Adivasis) could not just apply for land rights claims in forest regions (subject to terms set by the law), but could also break free from bureaucratic control.

The Forest Produce Rule 2020 seeks to limit the ‘use’ of forest produce, which the FRA had vested in Gram Sabha, forest-dwelling Adivasis and other traditional forest dwellers, through permission-arrangement. This goes against the very spirit of the FRA.

The FRA put the Gram Sabha, and not the forest department, at the center of land rights claims. Section 6(1) of the FRA expressly mentions that the “Gram Sabha shall be the authority to initiate the process for determining the nature and extent of individual or community forest rights or both…by receiving claims, consolidating and verifying them and preparing a map delineating the area of each recommended claim…”

The power to dispossess someone from forest land or illegally ‘allow’ an inhabitant to stay was no longer within the exclusive purview of the forest department. Moreover, the community rights vested in the Gram Sabha allowed it to access, regulate, use and sustain forest produce. The FRA provided an institutional framework where power was substantially devolved to the levels of the Gram Sabha. This is not to say that the revolutionary potential of the FRA has been realized in its totality, as the bureaucratic channels continue to cause serious impediments to the proposed power devolution.

So how exactly is the new Jharkhand Forest Produce Rule 2020 against the FRA?

The Forest Produce Rule 2020 seeks to limit the ‘use’ of forest produce, which the FRA had vested in the Gram Sabha, forest-dwelling Adivasis and other traditional forest dwellers through permission-arrangement. This goes against the very spirit of the FRA. The 2012 amendment to the FRA further strengthened the role of Gram Sabha, wherein, Section 2(iii) of the amendment states that the forest rights pertaining to disposal of forest produce would include ‘individual or collective processing, storage, value addition, transportation within and outside forest area’. The amendment squarely puts Gram Sabha in a leading role on the decisions for sale or transit of minor forest produce.

The guidelines in the FRA Rule Book (pg. 40) as well state that “Any restriction, such as, time limit, on use of community forest resources other than what is traditionally imposed would be against the spirit of the Act.” The guideline further argues, “The State Governments should exempt movement of all MFPs from the purview of the transit rules of the State Government and, for this purpose, the transit rules be amended suitably.” (FRA Rule Book, pg. 39). The same has been recognized by the Gujarat High Court in the case Action Research in Community Health & Development Vs State of Gujarat 2011.

Implicit in the formulation of Forest Produce Rule is a subsistence-based understanding of Adivasis dwelling in the forest (and other traditional forest dwellers). The emphasis laid upon the exceptions with regard to permission arrangement in the Forest Produce Rule, is on the ‘domestic use’ of forest produce, which suggests a subsistence economy.

This understanding needs to be countered on two levels. First, the forest dwelling communities (both Adivasis and non-Adivasis), like their urban counterparts, are also embedded in the market economy, seeking market commodities (agricultural or otherwise) not merely to subsist but also to better their livelihood. This may require sale of forest produce in the market (local or beyond). This sense of ‘livelihood’ is explicitly remarked in the FRA’s introductory paragraph, where ‘livelihood and food security’ is mentioned alongside ‘sustainable use’.

Six months ago, when the incumbent chief minister Hemant Soren came to power in Jharkhand, the state’s Adivasis sighed in relief. Forest rights were a prominent electoral issue and Soren was expected to honour their claim on forests. They hoped for the government’s strict adherence to the FRA.

Secondly, by relegating forest inhabitants to the ‘domestic use’ space, the rule implicitly posits non-local (outsiders) as the main commercial or trading actors. However, the FRA was instituted to empower the forest inhabitants themselves in commercial activities. Section 5 (i) of the FRA Amendment 2012 brings activities like ‘transit permit, use of income from sale of produce, or modification of management plans’ within the purview of Gram Sabha (besides the above mentioned noting of Section 2(iii) of the FRA Amendment 2012). The FRA guideline also state, “The forest right holders or their cooperatives/federations should be allowed full freedom to sell such MFPs to anyone or to undertake individual or collective processing, value addition, marketing, for livelihood within and outside forest area by using locally appropriate means of transport” (FRA Rule Book, pg. 39).

In making exceptions to permission arrangement for people transporting forest produce within their own village, the Forest Produce Rule fails to realize the indistinct boundaries between villages, which are not demarcated by specific lines or borders. On many occasions, forest dwellers from one village might inadvertently step into another village to collect forest produce. The specific wording of the exception paves way for illegal exactions from the forest officials or punishment. Section 3(c) of the FRA, in defining forest rights, bears in mind such blurry boundaries by stating “within or outside village boundaries.” The new law, thereby, comes in contravention with the FRA and could be disempowering for forest dwellers by evoking fear of crossing village boundaries.

One of the most devastating impacts of the new law would be the positioning of the Gram Sabha vis-à-vis the dominance of bureaucracy (in this regard, the Forest Department). The Forest Produce Law fails to make any mention of Gram Sabha, undoing the primacy that was so highly accorded to it in the FRA. The transportation regulations in the new law are wholly invested in bureaucratic procedures for forest dwellers transporting any forest produce. In contrast, the FRA read along with Panchayat Extension of Schedule Areas Act, 1996 seeks to decentralize the governance structures, recognizing the Gram Sabha as a primal institution for empowerment and governance.

As demonstrated through the readings of the Forest Produce (Regulation of Transportation) rule and the Forest Rights Act 2006, there remains an absolute and irreconcilable inconsistency between the two. It is important to note that forests comes under subject 17A of the Concurrent List of the Indian Constitution, and in cases of dispute between the Centre and State on matter of the Concurrent List, the Centre’s law shall prevail, as directed in the Supreme Court judgement of M. Karunanidhi vs Union of India 1979.

Six months ago, when the incumbent chief minister Hemant Soren came to power in Jharkhand, the state’s Adivasis sighed in relief. Forest rights were a prominent electoral issue and Soren was expected to honour their claim on forests. They hoped for the government’s strict adherence to the FRA. Conversely, the new forest policy has caused much concern amongst Adivasis and forest rights activists. It remains to be seen if Soren delivers on his election agenda, by revoking this new rule.

Meanwhile, the 2006 landmark legislation of the FRA—which promised to undo the historical injustice done to the forest dwelling communities—still exists as a crucial law protecting the rights of Adivasi and other forest dwelling communities. As the FRA rule book states, “The State Governments need to play the facilitating role in not only transferring unhindered absolute rights over MFP to forest dwelling Scheduled Tribes and other traditional forest dwellers but also in getting them remunerative prices for the MFP, collected and processed by them” (FRA Rule Book, pg. 39).

[1] Permission initially needs to be sought from DFO, who directs the Circle Officer (CO) to verify ownership claim, thereafter verification from regional officers in the forest department to verify if the tree falls in non-forest area, subsequently assigning ownership registration for trees and giving permission to cut and transport (the entire process would take a period of 52 days). 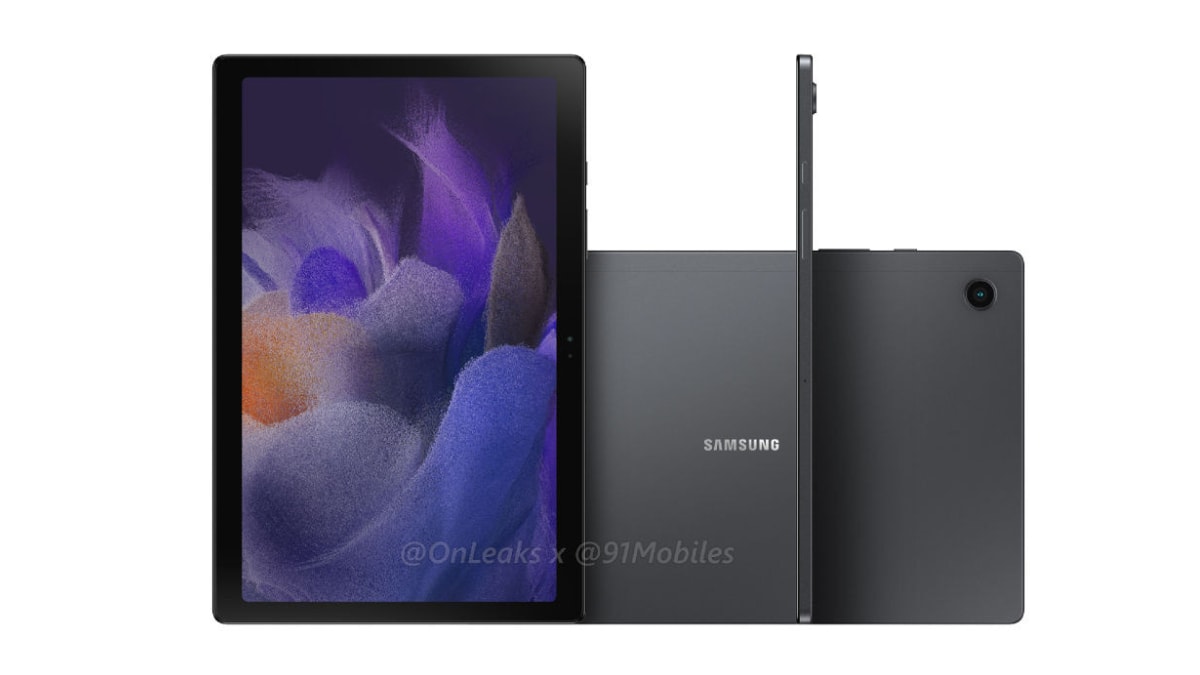 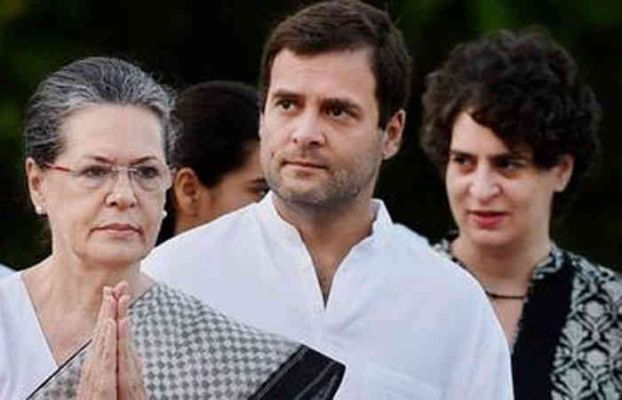