“Adivasi” or “Indigenous People” as the name implies have been the sons of the soil in India from time immemorial. Their life-styles have all along been characterized with simplicity and strong sense of autonomy, symbiotic with nature and co-operative with their neighbours. However the quest for autonomy and self governance had always been thwarted through various devious means which include dividing them through geographical barrier of states within India. Our Socio-Cultural homogeneity was never taken as the basis for formation of the state boundaries. Even within the present state territorial boundaries their language, religion, culture and socio-political system of governance have been neglected on the pretext of being in the minority.

Our indigenous perspective and relationship with the environment, the roots of our perspective are lies in the symbiotic relationship to the earth, based upon a delicate balance between its living parts. We are only care takers of our mother earth. And therefore, that each generation is responsible to ensure the survival for the generation. This basic law was the driving force behind the development of our culture and values which reflects in our socio-political and economic institutions. Utilizing the organic matter of the earth viewed as a sacred circle of the life for a linear growth for human satisfaction. Our traditional economies have been disrupted constantly by development schemes and introduction of cash crops production for exchange. These have lead to dispossess and marginalised us from our land base and created dependency.

Indigenous communities are vital to many ecosystems that inhabit their lands and territories, and therefore hold the key to resilience and sustainability of these ecosystems. In addition, indigenous peoples interpret and react to the impacts of climate change in creative ways, drawing on traditional knowledge and other technologies to find solutions, which may help society at large to cope with impending changes.

As per the ILO reports on Indigenous peoples across the globe, around 70 million are dependent on forests to meet their livelihood needs and although they constitute only 5% of the world population, they are responsible to conserve and sustain 22% of the Earth’s surface and 80% planet’s biodiversity. But still indigenous peoples are among the poorest of the poor, and thus the most threatened segment of the world’s population in terms of social, economic and environmental vulnerability.

In India, most of the groups and communities who are officially labeled as “Scheduled Tribes” by the constitution are considered as Adivasis / indigenous peoples. Their articulation of cultural and linguistic rights, apart from self determination and self rule is part of human rights associated with indigenous communities across globe.

While going by the historical processes which the Adivasis / Indigenous communities have experienced, the wrong colonial era policies of administering them and their resources which have contributed towards the their marginal status. Adivasis have a very strong relationship with forest, land, water (Jal, Jangal, Jammen) and other natural resources. But now, the rights of the Adivasis over forest resources have gradually been extinguished. Insecurity of ownership and eviction from these lands has led to alienation of tribal communities from their habitat leading to destitution and deprivation. Also the small land holdings of tribal families are being appropriated by exogenous forces due to poor land record systems, illiteracy, poverty, ignorance and land grabbing by non-tribals have resulted in dispossession, exclusion and economic impoverishment often reducing them to the status of migrant labour, bonded labourer, or domestic help in urban areas.

The Scheduled Tribes (Adivasis) and Other Traditional Forest Dwellers have asserted their right over their traditional life, livelihood and habitat for several generations. This was reemphasised through our Constitutional guarantees under Articles 15, 21, 46, 244 and 275. Further, the Union Government enacted the legislation in FRA, 2006, that directs the State Governments to implement and provide individual and community rights with the active participation of Tribals’ traditional Gram Sabhas, defined under The Provisions of the Panchayats (Extension to Scheduled Areas) Act, 1996 (PESA). But Supreme Court order dated February 13th 2019 to evict millions of tribal families from their traditional habitats has dealt a blow to the psyche and being of vulnerable communities, triggering a constant, imminent fear of being uprooted from their ancestral lands, culture, traditions, separating them from their intrinsic inter-generational relationship and identity with the forest.

In the current scenario, the denial of basic human rights of Adivasis / Indigenous peoples has led social, economic and environmental vulnerabilities, and also of discrimination and exploitation. This applies even more to the indigenous poor than to their non-indigenous counterparts: the social, cultural and economic needs of indigenous peoples are usually not addressed in public policies, and these peoples are rarely well represented in political and institutional arenas.

Keeping this background in mind, 9th August, a day which is observed as International Day for Indigenous Peoples holds great importance for all Adivasi / Indigenous peoples for asserting their rights. It was in 1982 when UN  Economic and Social Council (ECOSOC) established the Working Group on Indigenous Populations with the mandate to develop a set of minimum standards that would protect indigenous peoples. The objective behind observing Adivasi Divas is to reassert our commitment towards solving problems faced by indigenous peoples in areas such as human rights, the environment, development, education, health, economic and social.

The UN has declared the year 2019 as the “International Year of Indigenous Languages” and called upon the member states to step up measures aiming at preservation and development of the indigenous languages. According to the UNESCO, there are approximately 7000 languages and 5000 indigenous ethnic groups with distinct cultures. Of them, 2680 languages are already in a vulnerable state and at the risk of extinction. The languages that face danger and risk are languages of the indigenous peoples. Indigenous languages are repository of their traditional wisdom, culture and knowledge and steps need to be taken towards its protection and promotion.

Courtesy: India Indigenous Peoples (IIP), All Adivasis Delhi-NCR, in collaboration with 50 indigenous organizations from across the country. 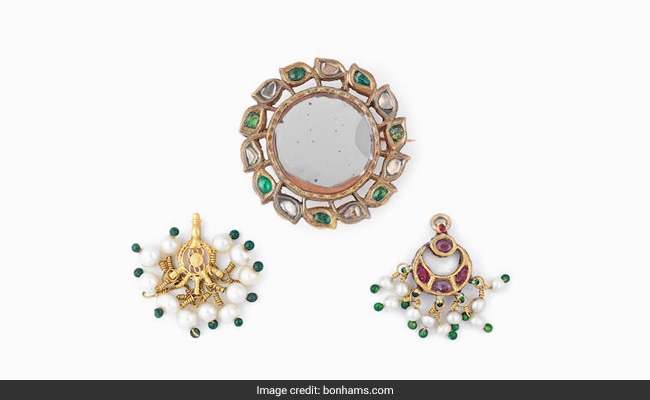